If you haven’t noticed, I’m trying to get my pumpkin posts in before Thanksgiving arrives. Awhile back, Macy’s had this cute little donut maker on sale and I just had to have one. Actually, when Alex asked me what I wanted for my birthday, the donut maker was the only thing that crossed my mind. Talk about an easy birthday prep for the husband! Since then (my birthday is in June), I had only used my wonderful gift one time, which was the day I had received it.

Thankfully, I’ve been using the extra-large cans of pumpkin, so there was some lingering in the fridge that I wanted to use before it molded up on me. I used the little recipe guide that came with the maker as a starting point for this recipe, but made quite a few tweaks to make it pumpkin-ish. 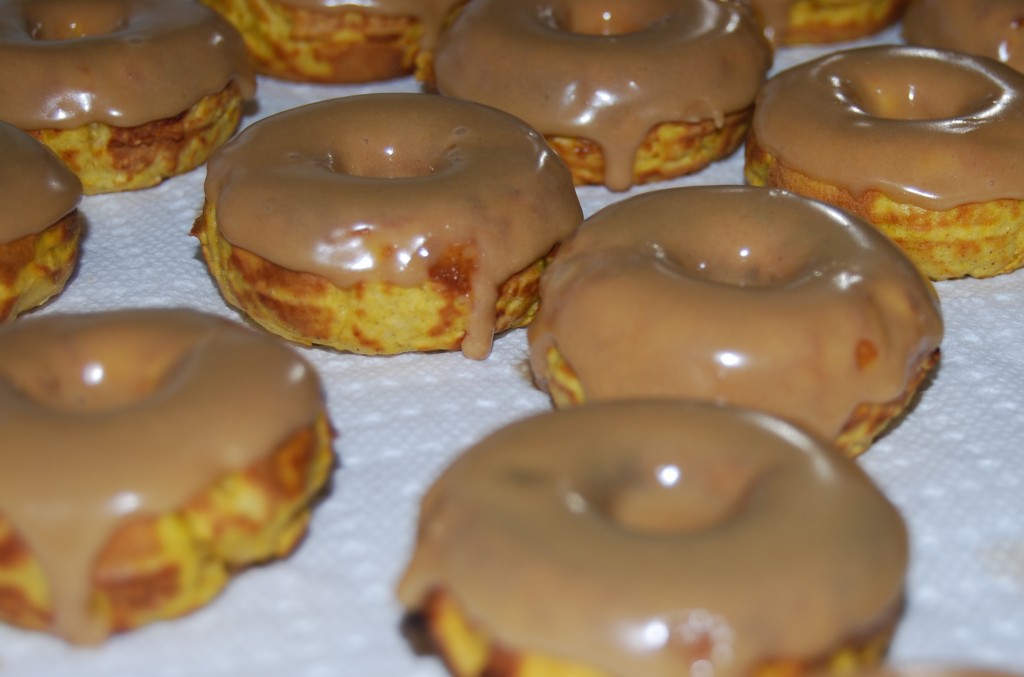 The glaze tastes like what you’d find on a maple bar. Because the donut maker is similar in design to a waffler, I’d think this batter would work well for pumpkin waffles, too. These would be the perfect way to start off your Thanksgiving morning!

Heat your mini donut maker. In a medium mixing bowl, stir together flour, brown sugar, baking powder, pumpkin pie spice, salt and baking soda. Add pumpkin, eggs, milk, and butter; beat with an electric mixer on low speed until mixed. Spray donut maker with cooking spray. Pour batter into each donut circle in the donut maker. Cook for 2 to 3 minutes.  Remove donuts from maker and cool on a rack over waxed paper.