So I know I’m a bit late to jump on the pumpkin baking bandwagon, but I feel as though I can’t hop off! I’ve been up in Washington at my parents’ for a couple weeks, and the other day my sisters and I decided to get baking. Thankfully, my one sister has a lot of persistence and forged into making these beauties. Because if it was just me, I would’ve thought of some excuse to shy away. I have a weird fear of yeast. But now, it’s slowly subsiding after she proved how easy these rolls were! I have to admit, I was a bit shocked that they turned out, and they rose with such perfection. Why didn’t I just trust her from the start?

The pumpkin flavor was spot on. Not too much, and not too little. Baked goods with yeast are the absolute best! Definitely worth any extra effort it requires. I think I will be making cinnamon rolls much more often after eating about 5 of these while I’ve been here.

My sister followed the recipe to the letter, so just click on over to Baking and Boys and check it out!

P.S.: My other sister is learning how to use her new camera, and since Alex is working away back home, she’s been practicing with my goods 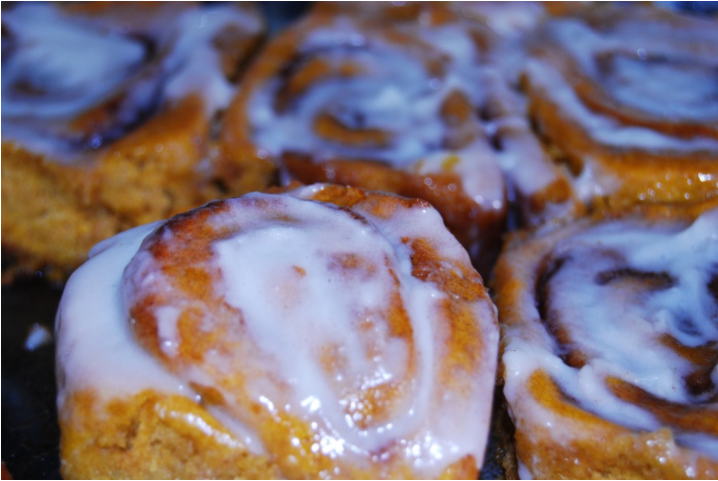