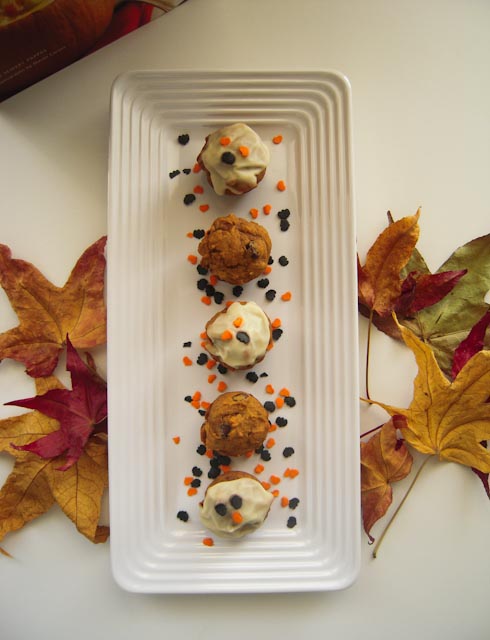 Pumpkin time!! There isn’t much more to say about it really. It is one of the best things about Fall. Growing up, I wasn’t into Fall at all, or pumpkin for that matter. But, I’d venture to say that now it’s one of my favorite times of the year. Maybe it’s because it’s a precursor to the Holiday season, which is the greatest

Seasons intrigue me. Lately, I’ve noticed that as each season comes and goes, my mind and body are ready for the change. The weather, foods, clothes and holidays each hold a special part of that time of the year and make living on this Earth quite enjoyable. And I haven’t figured out if it’s a conditioned thing, since that’s basically all I know, or if my body naturally craves the change every 3ish months. Hmmmm. Regardless, living in the Bay Area means Fall starts later than normal. It’s ok, I can still feel the crisp in the air when I take Lizzie out on our morning walks, and also as the sun is setting later in the day.

Back to pumpkin. This is my first pumpkin treat of the season. I’ve decided mini muffins are SO much more enjoyable than regular ones. I think I’ll stick with them for a while. These make a great afternoon snack, “healthy” dessert or quick breakfast. The glaze is literally the ” icing on the muffin.” It adds an extra sweet touch that gives a tiny kick from the OJ. Although with the glaze, it’s tip-toeing the line of being a cupcake, let’s just keep them as muffins. Works for me!

Heat the oven to 400 degrees. Grease mini-muffin tins(s). In a large bowl, combine the butter, brown sugar and molasses. Using an electric mixer set on medium, beat until creamy. Add the pumpkin and eggs and beat until smooth. In another bowl, stir together the flour, baking soda, cinnamon, ginger, salt and chocolate chips. Add the dry ingredients to the pumpkin mixture and mix just until incorporated.

Spoon the batter into prepared mini-muffin tins, filling almost to the rim. Bake for 9 minutes. Transfer to a wire rack to let cool slightly, then turn the muffins out and let cool completely on the rack.

Make the glaze: In a small bowl, beat together the powdered sugar, butter and orange juice. Dip the tips of the cooled muffins into the glaze to desired thickness. Decorate if you feel like being festive!