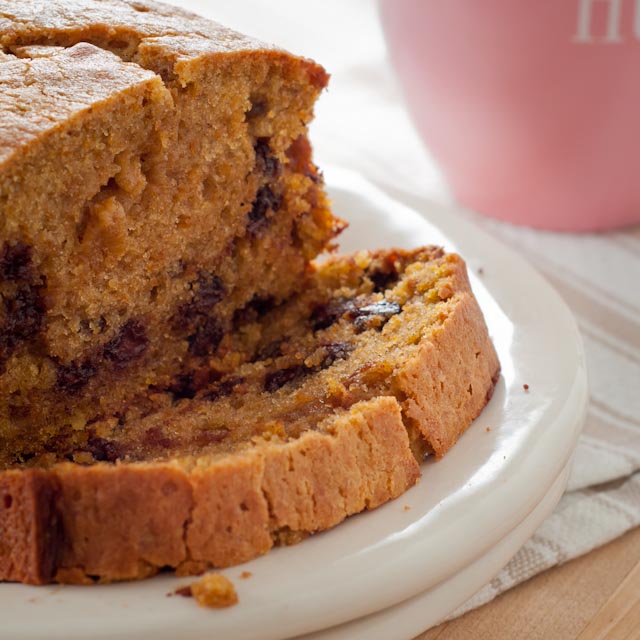 So, I’m still on a mini pumpkin kick. But, the Christmas treats are quickly seeping into my head (and google reader), so I’m sure those will take over very shortly

Last week, I made this bread for another girls’ meet-up. Quick breads are awesome. There couldn’t be an easier sweet snack to whip up, as long as you have the time (and patience) to bake it and let it cool before slicing and tasting!

I got this recipe from Worldwide Ward Secret Recipes. I didn’t quite have enough pumpkin leftover from my snickerdoodles, so I made up for it with a mashed banana. It was super duper moist- probably one of the best batches of quick bread I’ve baked! As far as that being from using part banana, or the fact that I underbaked it just slightly and made sure not to overmix it, who knows. Or maybe the oil, which could probably be made with half applesauce and half oil. Whatever the reason, this is a winner. 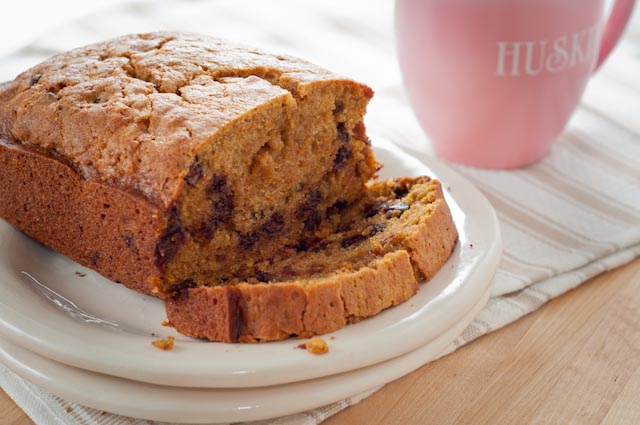 In a medium bowl, combine the flour, cinnamon, salt and baking soda. In a large bowl, beat the eggs, sugar, pumpkin and oil. Stir the flour mixture into the pumpkin mixture just until moistened. Fold in chocolate chips. Pour batter into a greased 9 x 5- inch loaf pan. Bake at 350 degrees for 60 to 65 minutes, or until a toothpick inserted near the center comes out clean. Cool for 10 minutes before removing from pan to a wire rack.